Increased Automation Is Worrying the Workforce 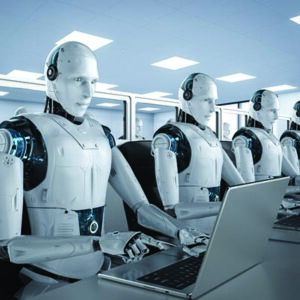 Automation has helped many businesses improve operations, but at what cost to the people that work for these organizations? Many systems rely on the autonomy of artificial intelligence systems to keep certain tasks and workflows on point. Automation could replace up to a quarter of the current workforce in the next ten years, so people are naturally skeptical and worried about their jobs in the near future.

Why Are More Things Being Automated?
Competition is the major driving force for many businesses, and automation helps businesses by streamlining operations to the point where they can reduce costs on payroll. Automation services are particularly helpful for assisting with repetitive jobs, opening up the opportunity for people’s jobs being replaced by machines and software. Unfortunately, workers don’t understand that businesses are benefiting from automation, and instead see it as an opportunity to just turn a profit at the expense of workers and job seekers. In reality, the only reason automation is used is to make certain tasks more cost-efficient.

How Does Automation Help Businesses?
Automation can help with specific processes for any business. One example is any organization that sells a product or service. Sales is a process that has traditionally taken a considerable amount of time, as it entails capturing leads, pursuing them, and working with them all the way down the sales funnel and through the service’s fulfillment. This might also include following up with the customer to investigate service satisfaction, as well as to find out if there are other services that the customer might need.

Software designed to streamline this process is available, and it relies on automation to make sure it all happens seamlessly. This makes the job of a company’s sales team much easier and more manageable, but more than anything else, it helps them cut costs.

How Is This Bad for Workers?
Let’s clear something up right now; automation is creating millions of new jobs. While this is true, one could argue that the kind of jobs being created are much different than the ones that are being automated, creating an imbalance. One example of this is truck driving. There is a considerable push to create self-driving trucks that can cut down on shipping costs. Once it’s proven that this approach can save shipping companies money, truck drivers won’t be in demand. Instead of hiring truck drivers, companies are investing in hiring for jobs that develop the hardware and software to run, direct, and manage these fleets of driverless trucks. Unless the truck driver is doing some light reading after-hours to learn programming languages, these two jobs are completely different things.

Trucking is hardly the only industry affected by this issue. Automation could likely affect several industries, and as more organizations adopt automation, more engineers and developers will need to be hired to manage and maintain automated solutions. This means that more skilled workers will be needed, while other workers will be left to compete for other unskilled work. It’s a complicated issue with a complicated solution.

Therefore, if automation is going to work for both users and businesses, some sort of settlement will need to be made. One solution is to provide education and training to unskilled workers, which could prove fruitful in the long run, making them more marketable in the changing workforce. While this might help the situation, it doesn’t necessarily solve it, as the Brookings Institute estimates that a quarter of all jobs could be automated today, including food preparation, office administration, and transportation.

Reciprocal Technologies can help your organization understand the impact of automation on its industry. To learn more, reach out to us at (317) 759-3972. 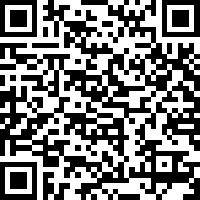