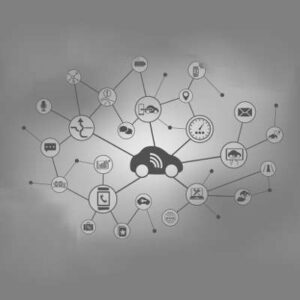 Remember when the biggest concern society had about car byproducts was regarding CO2 emissions? While reducing emissions from vehicles will always be a priority for the environmentally-conscious, on the horizon there looms an even bigger challenge that car manufacturers are responsible for. Namely, what’s to be done with the vast amounts of data to be generated by autonomous cars?

To give you an idea of what the near future of Big Data holds, consider that a single autonomous car can generate as much as 100 GB of data every single second, this according to Barclays analyst Brian Johnson. This could mean as much as 4TB of data generated by a single autonomous car each day. Intel CEO Brian Krzanich sees the immense challenge that this deluge of data presents to the automotive industry and says that it will require “an unprecedented level of computing, intelligence, and connectivity.”

Granted, autonomous cars are a novelty that few of us have encountered on the roadways, and far fewer actually own. However, this won’t be the case by 2020 when autonomous vehicles are expected to enter mass production, according to Topology. By the same year, 75 percent of the world’s cars will be connected to the Internet via embedded Wi-Fi.

While a human-controlled car that’s connected to the web is unlikely to generate quite as much data as its self-driving counterpart, these connected cars will nevertheless generate vast amounts of data in their own right–data relating to in-vehicle (such as fluid levels, speed and acceleration, GPS positioning, etc.), driver/passenger (use of infotainment systems, HVAC, seat preferences, driving styles, etc.), and environment information (such as LiDAR scanner, cameras, and sensors). All of this data presents value to groups like automakers, insurers, government agencies, marketing firms, and even makes for an improved driver experience, and therefore, must be stored and analyzed.

Contemplating just how much car-generated data this trend is on track to produce is an exercise that absolutely boggles the mind. Johnson has done the math and shared his findings with CIO:

“If extrapolated out to the entire U.S. fleet of vehicles — 260 million in number — autonomous cars and trucks could potentially produce about 5,800 exabytes. In other words, on a daily basis, there would be enough raw data to fill 1.4 million Amazon AWS “Snowmobile” mobile data center tractor-trailer trucks with 100 petabytes of storage each, for a convey reaching 11,000 miles long.”

Now consider that autonomous cars are just one “thing” of the Internet of Things; a trend where manufacturers are finding new ways to connect new devices to the Internet. Predictions vary widely as to just how large the Internet of Things will balloon to by 2020, being as much as 30 billion devices. In 2016 this figure stood at 6.4 billion devices (which doesn’t include smartphones, tablets, and computers) and the number of new devices connecting to the Internet grows every day. The inconvenient fact remains that the sheer amount of data that will be generated over just the next few years will increase exponentially.

It’s also worth noting the glaring sense of irony to be had from generating mountains of data every single day, seen especially in the automotive industry’s push for connected cars. In that, these data centers that are constructed to house all of this information consume massive amounts of energy and leave behind no little environmental footprint. Therefore, going back to our opening example of cars historically having a CO2 emission problem, it would seem that purchasing an “environmentally-friendly” autonomous car is a misnomer, due to the simple fact that you would just be swapping out one problem for another.

What’s all of this mean for your business? At the very least, being aware of this trend means that you can better prepare your organization for the IoT revolution, already at hand. For example, if your IT infrastructure is currently at capacity, well, then your operations will experience a significant bottleneck because of it, sooner rather than later. Having accurate knowledge of this trend will also help you better plan for cloud services. By being able to gradually adopt more cloud services (especially data storage), you’ll grow your business in a way that keeps up with the deluge of data that society is guaranteed to experience in the upcoming years. This has the potential to be a make-it-or-break-it difference for your company, especially if your competitors are scrambling to keep up.

For assistance preparing your business for the upcoming data revolution, give Reciprocal Technologies a call at (317) 759-3972. 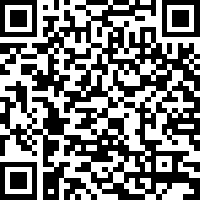